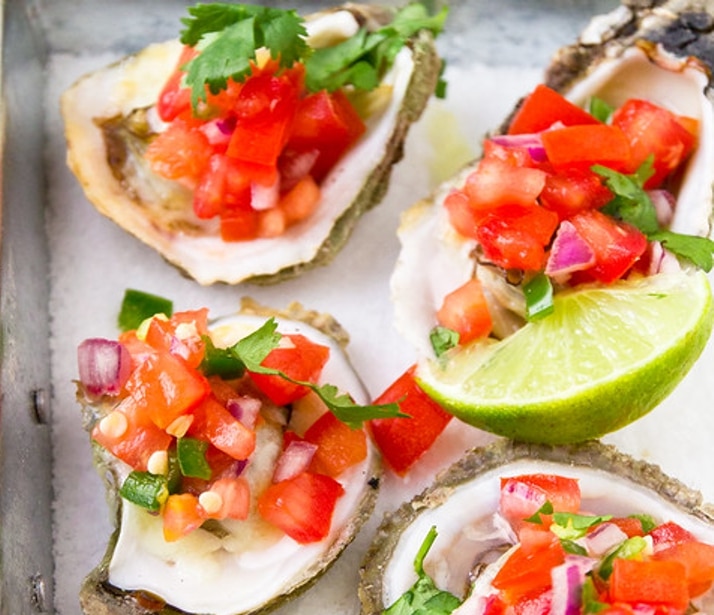 Why Dr. Hoody endorses this recipe:

Valentine’s Day is coming.    Get a Valentine a gift, maybe some flowers, and, read this to improve your intimacy by what you eat!

Eating certain foods affects our body chemistry and causes us to release sex hormones.  In the Journal of Neuroscience, studies indicate the importance of smell in the attraction and arousal of our partners.

The brain mechanisms involved in hormone regulation are triggered by, among other things, smell. For example, a chemosignal present in male sweat alters endocrine levels in women and is a key reason we are attracted to the opposite sex.

The good news is the food we eat increases the secretion of these chemicals, called pheromones. Pheromones are chemicals sent from one body to another within the same species to communicate danger, to mark territory, or to attract a mate.

With proper food selection, we can control this. So, this month’s recipe includes food known to increase our pheromone secretion and increase our attraction to our mate for Valentine’s Day.

Oysters are known to be a top choice to help create an amorous evening. Oysters are high zinc content.  Zinc is essential to produce the male hormone, testosterone. Women also need testosterone, and it plays a key role in the female libido.

Oysters also play a role in the production of Dopamine.  Dopamine acts on the brain to enhance both males and female’s libido, sexual arousal and orgasm.

So, for Valentine’s Day, eat oysters and dark chocolate!

Also Join us for our free webinar series every Monday night. Visit Healthier2gether.com/webinars/ to join.